The WemoFleet system provides the means to control passengers who travel regularly using special transport (for example, school buses or corporate vehicles). When entering and exiting the vehicle, the passenger applies an RFID tag to a special reader. The received data is sent to WemoFleet where it can be further used for monitoring purposes.

The algorithm of controlling a passenger

When a person enters or exits the vehicle, the RFID tag sends identical information. Therefore, you should distinguish between these actions: 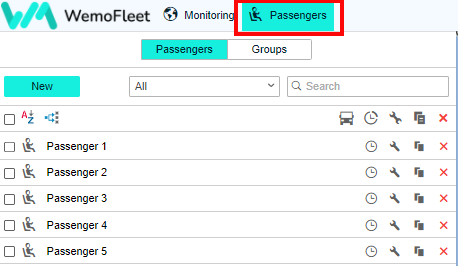 K
Kamalraj is the author of this solution article.

Did you find it helpful? Yes No

Send feedback
Sorry we couldn't be helpful. Help us improve this article with your feedback.